Home BJJ Techniques When You’re Ready to Stop Being Nice, Use the High Mount. 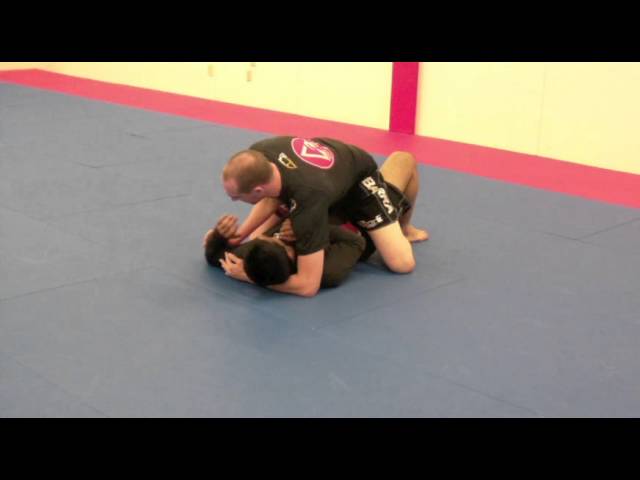 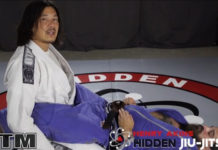 If jiu-jitsu is like chess, then the mount is the “check” position. Being mounted means one person is just a few steps away from victory. And while you can stay in the mount and defend attacks, the fact that you’re there often means you made a series of mistakes and will be the de facto loser unless you can dramatically turn things around. At the competitive level, people rarely win matches if they are mounted.

It’s ironic then, that mount is also viewed as a tricky position to maintain from the top. The hips can generate tremendous explosive energy, and in mount you’re sitting right on them. Not only that, but you’re often committing your hands and arms to attack, leaving you vulnerable to bridges and shrimps.

Because of this, people in top mount tend to be “risk averse” and spend all their energy on control. After all, they have essentially won the fight. But sometimes we really want, or need, to seal the deal and submit the person.

If you saw the thumbnail of the above video, you can see that high mount is when you shift your hips to sit on a person’s face or the top of their chest. It takes tactics and patience to get to. But once you do, there is a high likelihood you’ll be able to put your opponent away. Here’s some reasons why we love the high mount.

There’s two fundamental escapes any student will quickly learn from mount: The hip bump (aka trap and roll, bridge and trip) and the elbow escape (aka shrimp escape). Both of these are off the table in high mount. Your opponent can bridge all they want, but there will be nothing to move since your center of gravity has moved.

Similarly, the elbow escape is out because you’re far too high.

Believe it or not, chaining these two escapes is often the entirety of a person’s mount defense toolbox. Of course, there are escapes from high mount. But none of them are intuitive enough that your opponent will figure them out, especially when you will be relentlessly attacking.

I mentioned three escapes. The third one is the awkward “goat-hook escape” which is often tried by beginners, although advanced versions do exist, like the one I linked to.

2) It exposes their arms.

Anyone with some fundamental knowledge knows that when you’re mounted, keeping your elbows in tight is key. This with keep you safe(ish) from submissions, but also prevent things like the high mount from happening to you. If you find yourself on the receiving end of high mount, you obviously didn’t do this very well.

A key to high mount is that your knees will be preventing your opponent from retracting their elbows, leaving them open for tons of submissions. Armlocks (the number one submission from high mount), kimuras, and even wristlocks are available, and you’ll be threatening all of them.

3) It Covers Their Vision.

You may think the worst thing about high guard will be having your face in someone’s crotch. But a more immediate problem is that you cannot see what they are doing. This will make things immensely more difficult to fend off attacks by feel instead of vision.

4) Their Main Escape is to Turtle Instead of Guard.

Both the bridging and shrimping escapes put you from mount to guard, which is an immensely better position. But the primary escape from high mount will usually land you in bottom turtle.

I don’t have to tell you that “escaping” to turtle is barely considered an escape. You’ve merely moved from a terrible position to a really bad one.

I won’t lie, being put in someone’s high mount won’t do wonders for your self-esteem. Some people pride themselves on their mount defense, the late Helio Gracie reportedly kept working mount defense into his 90’s. But it’s hard to look like a defensive master when your gasping for air in someone else’s crotch. It’s more likely you’ll be rethinking your poor life choices, or how you’ll ever look your sparring partner in the eyes after he/she steals a piece of your soul from this position.

Okay maybe some of my own bad experiences came out there. Regardless, become the very thing you hate, and start high mounting opponents tonight.