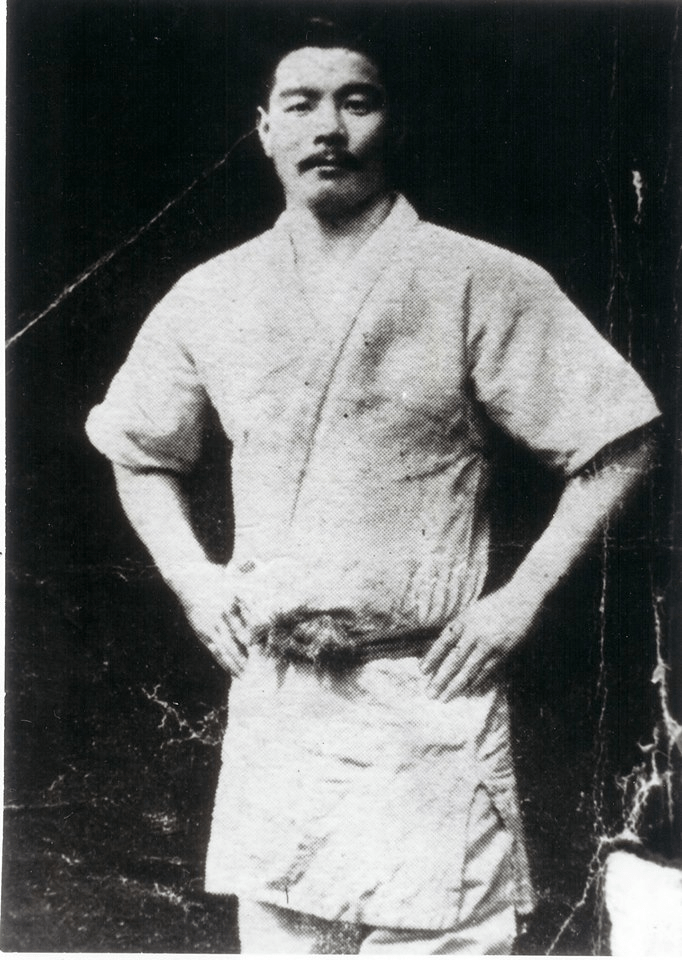 When I herd that Jose Padilla of Narcos fame was producing a film centered around Mitsuyo Maeda, Rickson Gracie, and the origins of Brazilian Jiu-Jitsu, I was pretty stoked. After all, BJJ has a pretty cool history. More than one, depending on who you ask. And that’s the problem.

When I read the synopsis for the film, a few red flags jumped out immediately. First, it’s going to cover a lot of ground. From Maeda to Rickson could easily span a century. BJJ has an ensemble cast of characters in it’s story, I don’t think two hours is going to even make a dent. If anything, this is an epic six season series.

The second red flag was that it would emphasize Rickson Gracie. Don’t get me wrong, I’m a Rickson fan. He’s one of the most important figures in Brazilian Jiu Jitsu, just about everyone (myself included) puts him in the “Legend Tier.”

But he’s also from a family notorious for some, how shall we say, historical revisionism. Over the years, there have been serious contentions about who truly gets the credit for creating and proliferating BJJ. And not just from the Gracies, but amongst them as well.

Will the Netflix film (titled “Dead or Alive”) have the courage to take on the dirty little secrets of Brazilian Jiu-Jitsu? Here’s a few rocks to consider looking under from history.

Mitsuyo Maeda, also called Conde Koma by the Brazilians, is credited with bringing a modified take on Judo to the nation. It was so modified because he left the Kodokan and traveled the world, taking challenge fights in many different countries including the US. His style of Judo evolved as a consequence, which is a part of the reason the Brazilians took to calling it Jiu-Jitsu instead.

The Gracie’s were Maeda’s most famous students, but not the only ones. The history isn’t super clear, but Luis Franca is widely considered his other top student. Franca would go on to teach Oswaldo Fadda, who would be a Gracie family rival and ultimately lead to the formation of Nova Uniao and modern champions like Rodolfo Vieira.

There were many other student’s of Conde Koma, but history seems to have largely forgotten or erased them.

The Gracie’s made their name off being ready to fight anyone at anytime. Many of the senior members of the family, such as Helio and his sons, had literally hundreds of impromptu matches, which they rarely lost.

Unfortunately, many of these fights were in the streets and the line between challenge match and street fight was not always clear. In several cases, members of the Gracie family were arrested and held in jail from as early as the 1950’s to as late as a few years ago. Often these were over seemingly petty disputes such as name calling, but that obviously was a really big deal to them. There were also several cases of “dojo storming” in both Brazil and the US.

An alternative narrative emerged from this that the Gracies operated as a gang in their early days before becoming more legitimate, and that some of this mentality never left the family.

Everyone Suing Each Other

It no secret that infighting broke out more than once in the Gracie family, sometimes resulting in legal action over the use of the name Gracie or associated trademarks. To this day, certain branches of the family are not on great terms with the others. There’s a reason why there’s no annual Gracie family reunion, folks.

You can’t blame the marketing machine for trying to downplay, or even ignore, the high profile losses of the family champions. The Fadda Academy reportedly routed the Gracie academy in a school vs school tournament. Valdemar Santana knocked out Helio Gracie with head kicks. Even Rickson, was technically defeated by Ron Tripp in a sambo match. In Rickson’s defense, he was never knocked out or submitted, just pinned by the rules of sambo.

No matter what route Netflix chooses to go with the film, I just hope they break free of the sparkly narrative many of us have always been told. Real history is dirty and often without any true heroes and villains. And honestly, we’re all adults here. We can handle the truth that maybe some of the pioneers of the art did some less than stellar things. They’re human, after all.