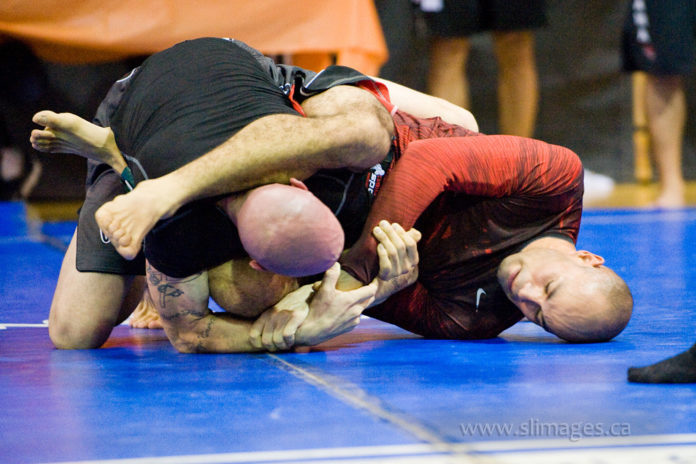 MMA and BJJ are both popular and effective martial arts. Given the history of MMA and the prominence of Brazilian Jiu Jitsu in the early Mixed Martial Arts events, it is easy to misunderstand the differences between MMA grappling vs BJJ.

While MMA grappling and BJJ grappling have an incredible amount of crossover, there are some prominent differences between the two styles that you should be aware of when comparing and training either martial art.

This article breaks down the major differences between MMA grappling and BJJ and answers some of the top questions you might have on the subject, including:

Despite the similarities in position and some submissions, mixed martial arts grappling and BJJ are not the same martial art.

BJJ is a sport, martial art, and self-defense system in of itself.

MMA is a ruleset used in professional fighting contests. Training MMA grappling primarily focuses on the aspects of BJJ, wrestling, and other grappling arts that are applicable in a sanctioned cage fight.

In traditional BJJ curriculum, there are two primary divisions in the training beyond doing Gi or No Gi BJJ.

The divisions are as follows:

In pure sport BJJ, strikes are not permitted nor are some of the ‘dirtier’ grappling techniques such as biting, eye gouging, or finger breaking.

Techniques focus on advancing positions and submitting your opponent through different grappling set-ups, transitions, and submissions without the use of strikes.

In sport BJJ, points may be awarded for control positions, or the tournament may be submission only, which means a tie would occur in the event of no submission by either fighter or based on judge’s discretion.

In self-defense BJJ, striking and other banned technique training will be incorporated into the curriculum to complement the grappling techniques found in all forms of BJJ. This makes the self-defense BJJ system more applicable to real-world fighting scenarios.

Self-defense BJJ will most likely include Gi and No Gi training, situational awareness, and perhaps some weapons-related techniques, depending on the instructor and focus of the training.

Grappling for military and law enforcement would fall under the banner of self-defense BJJ, and includes weapons training, less-than-lethal techniques, and traditional BJJ controls and set-ups with a focus on the situational needs of professional warriors and peacekeepers.

MMA on the other hand is a sports ruleset that permits a variety of striking and grappling techniques, with different criteria and methods of victory compared to BJJ.

Many ‘dirty’ techniques are still banned in MMA, however, hitting your opponent in the face is pretty much a green light in all circumstances.

As you can see from the above description, MMA athletes are not as limited in their overall techniques as a pure sport BJJ stylist.

On the other hand, MMA grappling does not go as in-depth on many of the grappling tricks, techniques, and intricacies found in self-defense BJJ or sport BJJ.

Due to the threat of strikes, lack of Gi control, and the ability to use the cage both defensively and offensively, MMA grappling does differ substantial at the higher levels of the game.

In MMA grappling, you do not have the luxury of time needed to set-up many advanced grappling techniques.

Additionally, many positions such as deep-half guard and other forms of guard leave you too vulnerable to strikes to be a ‘plan A’ for MMA grappling.

Of course, knowing techniques from these positions may still save you in a cage fight if you end up in one of these situations, but they should not be the basis of your MMA grappling.

In practice, this means that certain high-level grappling techniques require a somewhat different skillset to execute in MMA than they would in BJJ.

If you see someone hitting advanced grappling moves in MMA, particularly on an equally skilled opponent, you can be sure they are an exceptional BJJ artist.

Nevertheless, an MMA submission artist has undoubtedly put many mat hours into training Gi and No Gi BJJ, or their respective base submission grappling art such as judo, Sambo, or catch wrestling.

Many Mixed Martial Artists focus on knocking out their opponents as opposed to takedowns and submissions.

For skilled knockout artists, their MMA grappling focus will be on preventing takedowns, avoiding submissions, and getting back to their feet if they end up on the ground.

While they certainly will not be a spring chicken when it comes to grappling, they are unlikely to spend as much time training advanced submission sequences.

This can give the BJJ artist a more difficult task when it comes to implementing submissions against anti-grapplers.

If you have any wrestling experience, you can attest to the difficulty of bringing an opponent to the ground who is fully resisting with good wrestling.

Couple that with the fact that an anti-grappler does not want to be on the ground at all and may prevent you from ever grabbing them, and you can quickly see that MMA grappling versus die-hard striking artists who can defend takedowns becomes a monster of a task.

To truly be a submission artist in MMA, you must have great wrestling, ground-and-pound, and BJJ knowledge. However, you do not need to be as versed in Gi grips and advanced BJJ setups because many of those situations rarely, if ever, apply in a cage fight.

Also, the athletic demand of MMA grappling can vastly exceed that of BJJ due to the need for speed and explosiveness when executing techniques.

Finally, even the most submission-focused MMA grappler still needs to know Muay Thai or other comprehensive striking systems to avoid getting knocked out during the fight.

To summarize differences in MMA grappling versus BJJ grappling:

Should you train MMA grappling or BJJ?

Now that you have a grasp of the differences between MMA grappling and BJJ, you may be wondering which system you should train.

There is no simple answer to this, and it really boils down to your overall goals in martial arts.

A well-rounded martial artist should probably have at least blue belt level understanding of BJJ.

By the time you have a blue belt, you will know the basic grappling positions and some options from these positions. From there you can take your grappling in any direction, whether sport BJJ, self-defense or MMA.

If your goal is to win IBJJF worlds or ADCC, you need to train sport BJJ. Of course, if you are laser-focused on that goal, you probably already know this.

If you are training for self-defense, you should incorporate the self-defense BJJ into your training. Additionally, many MMA grappling techniques are equally vital to well-rounded self-defense.

We cover the full scope of MMA grappling for self-defense in this article. However, note that grappling off the cage wall and escaping from bad positions under fire from ground-and-pound strikes are vital skills for self-defense as well as MMA.

Finally, if your goal is to compete in MMA at any level, you must train MMA grappling. Whether you want to test your BJJ skills in an MMA fight or want to be a killer knockout artist in professional cage fighting, you cannot neglect your MMA grappling skills.

Try everything and pick your favorite grappling style

In the long run, you should try numerous martial arts styles to see which one you like best.

At the end of the day, you are most likely going to get good at the arts you enjoy training.

To put the years in to get good at any grappling style requires dedication, discipline, and love for the art itself. If you do not actually enjoy the training, you are unlikely to stick with it long enough to develop serious skill. 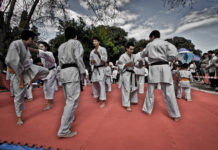 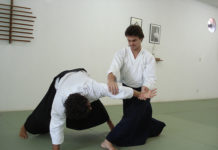 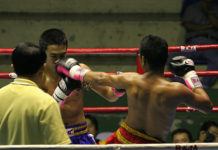 Muay Thai vs BJJ: The Pros and Cons of Two Popular Martial Arts