Home Jiu Jitsu Lifestyle Is BJJ good for self defense? Dispelling the myths 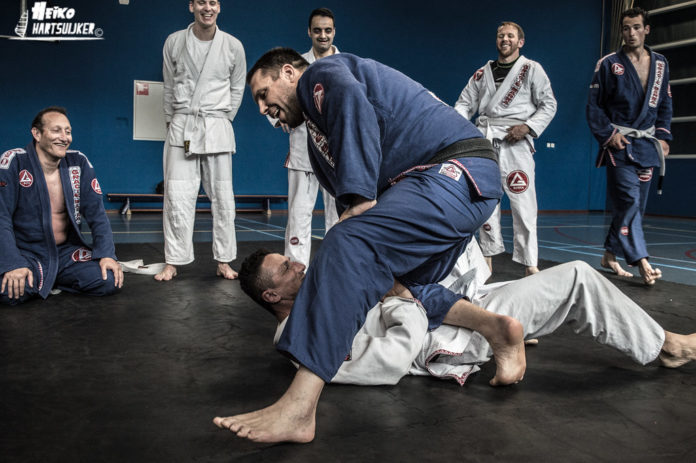 Self-defense is one of the top reasons people begin training BJJ or martial arts in general.

But is BJJ good for self-defense?

While this question often sparks lively debate on social media and among friends, most of these discussions neglect the nuanced analysis required to assess the efficacy of BJJ in self-defense scenarios.

This article breaks down BJJ for self-defense to help you decide for yourself whether BJJ is the right option to prepare yourself for real-world violence.

Article Contents hide
What is self-defense, really?
BJJ for Self Defense: effectiveness, pros, cons, solutions
Pros of BJJ For Self-Defense
#1 – BJJ addresses worst-case scenarios
#2 – Wide availability to the general public
#3 – Ability to escalate or de-escalate force
#4 – Real-World intensity in training
Cons of BJJ For Self-Defense
#1 – Lack of weapons training
#2 – Lack of strikes
#3 – Lack of situational awareness
#4 – Lack of medical training
#5 – Lack of legal training
Solutions for self-defense and BJJ
BJJ for Self Defense: the bottom line

What is self-defense, really?

Defining self-defense is key before assessing the effectiveness of martial art in this context.

Self-defense encompasses a wide range of scenarios, skills, and occurrences within those scenarios.

While you might think of self-defense as hand-to-hand street violence or fending off attackers in a bar fight, this is actually a very narrow view.

Self-defense encompasses an entire spectrum of situations and violence. This begins with the general awareness of the threat level in any given situation, followed by escalation, the violence itself, and the medical and legal aftermath that follows any violent incident.

Of course, the violence or threat of potential violence is a defining feature of self-defense situations, but focusing on just the physical force on force encounter does not do justice to the full picture of what goes down in real self-defense scenarios.

In a nutshell, we can view self-defense on the following continuum:

Participants in self-defense incidents include the perpetrator, victim, bystanders, medical personnel, police officers, and lawyers involved in every incident.

Brazilian Jiu-Jitsu is an effective martial art for hand-to-hand combat. While the average BJJ class does not include all elements of physical encounters, there is no denying that BJJ does work on fully resisting opponents and is exceptionally effective in grappling scenarios where the skill disparity between participants is large.

BJJ can certainly be an effective tool in a self-defense toolkit. However, it does leave many aspects of self-defense unaddressed.

The following section breaks down the pros and cons of BJJ specifically when it comes to self-defense training.

Pros of BJJ For Self-Defense

Short of being held at gunpoint or knifepoint, the worst-case scenario in self-defense is being pinned under an attacker and getting battered by strikes or slammed into the pavement.

BJJ fundamentals typically include a heavy focus on escaping horrible positions, recovering guard, and either getting up, sweeping, or submitting the person who was pinning you.

As such, BJJ contains the tools needed for some of the worst possible situations you might find yourself in.

While arts such as wrestling and judo are also great grappling systems, BJJ has much better methods of escaping some of the worst scenarios and offers a sophisticated and lethal arsenal of techniques to incapacitate opponents from bottom positions.

#2 – Wide availability to the general public

BJJ is arguably the most effective grappling system widely available to the general public in Western society.

Additionally, the average BJJ class cuts out a lot of the superfluous fluff found in Judo and other traditional arts such as excessive bowing and other annoyances, and tends to be very ‘to the point.’

Furthermore, finding BJJ programs for adults, at least in the U.S., is often easier than finding adult wrestling programs, and certainly more widespread than other arts such as Sambo and catch wrestling, which are both great grappling systems but just not as widespread.

The wide selection of quality BJJ schools means that for many people, BJJ will be the most convenient and realistic training option.

#3 – Ability to escalate or de-escalate force

One of the key features in BJJ is the ability to carefully choose the exact amount of force used against the attacker.

In striking arts such as boxing or Muay Thai, the techniques are binary in terms of escalating force.

If you throw punches, elbows, kicks, or knees, you are escalating the encounter to deadly force.

Although often taken lightly in discussions, these striking techniques are fully capable of killing or seriously injuring someone, and there is little ‘in between’ when it comes to hitting someone in the face or kneeing them in the groin.

On the other hand, BJJ gives you the ability to pin and control an opponent without causing serious harm.

However, if needed, you can rapidly escalate towards causing serious damage to the opponent’s body via joint locks, as well as the ability to strangle your opponents into unconsciousness or even death.

The ability to decide the exact amount of force you’ll apply is one of the key aspects that makes BJJ more practical for a wider range of situations.

Is your drunken cousin acting up at the family barbeque?

Take them down, pin them, and let them calm down safely.

Is a violent criminal pinning you down and trying to bludgeon you to death?

Escape, recover guard, break their arm, and choke them unconscious.

In BJJ, you frequently train at full intensity against fully resisting opponents. While it’s not life and death in these situations, it’s certainly intense enough to be somewhat applicable to the intensity of real-world fighting.

Often, self-defense systems train elaborate systems of knife defense, gun defense, or striking, without ever testing it at 100 percent intensity.

Even the best techniques won’t work in real life if you don’t train at the proper intensity.

This is generally not an issue with most BJJ programs.

Cons of BJJ For Self-Defense

Although you should know how to fight unarmed, the typical BJJ curriculum does not include much, if any, actual weapons training.

Often, a self-defense situation where the other person has a deadly weapon becomes a matter of doing everything possible to avoid them pulling the trigger or slicing you to ribbons.

However, there are some techniques for dealing with weapons in certain situations.

At the very least, you should understand how to operate a firearm for the simple fact that they are ubiquitous in the United States. Basic knowledge of firearms and the threat they pose in terms of cover from bullets, effective range, and the ability to load and unload a firearm is a must-have for serious students of self defense.

Additional weapons you might face in real world violence include edged weapons and blunt force weapons, which are also largely neglected in standard BJJ training.

In modern sport BJJ, you are not usually incorporating strikes into the training unless you are also cross-training in a striking art or in a self-defense-specific program.

The classic, overused phrase from Mike Tyson about having a plan until you get punched in the face applies to just about everything self-defense-related.

Without training striking, you are simply unprepared for the flash of concussive force that happens when you get hit in the face.

While we don’t recommend taking too many blows to the head for obvious reasons, if you’ve never been hit in the face, you are not prepared for a full-fledged fight where anything goes. Period.

Any self-defense expert will tell you that situational awareness is the first level of self-defense.

Recognizing the potential for violence and extracting yourself from the situation as quickly as possible is priority number one in self-defense.

There are many small cues that experts can pick up on and teach to their students when it comes to sensing this potential.

Developing an instinct for threat detection and the response to ‘getaway now’ is arguably more important than the actual hand-to-hand combat skills for self-defense.

If knowing anything about emergency medicine seems excessive to you, you are not psychologically serious about self-defense.

In the aftermath of physical violence, it’s almost guaranteed that there will be at least one injury, particularly when weapons are involved.

You need to know basic medical care for gunshot wounds, knife wounds, head trauma, and all the other nastiness that comes with combat. If you don’t, you are woefully unprepared for the aftermath of violence, even if you survive largely intact.

The good news is that emergency medicine courses are widely available should you seek them out.

You can often find courses specific to combat medicine taught by former military or law enforcement who know the specific types of care you should learn to be prepared to care for injuries.

You don’t need to be a lawyer to be legally prepared for self-defense.

Nevertheless, you absolutely need to understand the local use of force laws that lay out the specifics of what you are legally allowed to do in various self-defense scenarios.

These laws vary from state to state and county to the country in the United States. In some cases, you have the right to use deadly force at lower threat levels compared to other states, where the bar is much higher.

Nevertheless, a good rule of thumb is that you can never use more force than you are threatened with.

However, this becomes tricky because often your intuitions about what is and is not deadly force are simply not in line with the local laws.

Talk to the local police or legal experts and look up the laws for yourself before assuming that you have a license to kill anyone who steps on your toes or looks at you sideways.

It might just be the difference between going home to your family or spending decades in prison for murder.

Solutions for self-defense and BJJ

You probably noticed that most of the shortcomings of BJJ for self-defense can be compensated for through outside training.

You should absolutely learn BJJ for self-defense. However, be sure to complement it with weapons training, striking, situational awareness, and medical and legal knowledge to ensure you have all the bases covered.

This will take time, effort, and money to train everything needed for complete knowledge of self-defense.

If this seems like too much for you, fine.

Hopefully, you won’t end up in any bad situations.

If you do, hopefully, someone around you took the time to learn these skills – but I personally wouldn’t bet my life on that.

BJJ for Self Defense: the bottom line

BJJ is a great foundational art for self-defense. It’s effective against resisting opponents and offers solutions for some of the worst problems you can face. When supplemented with additional self-defense-oriented training, BJJ could absolutely save your life in a worst-case scenario.

Don’t take my word for it though – here’s former Navy Seal Jocko Willink breaking it down: 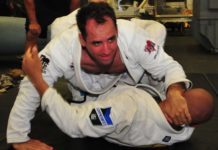