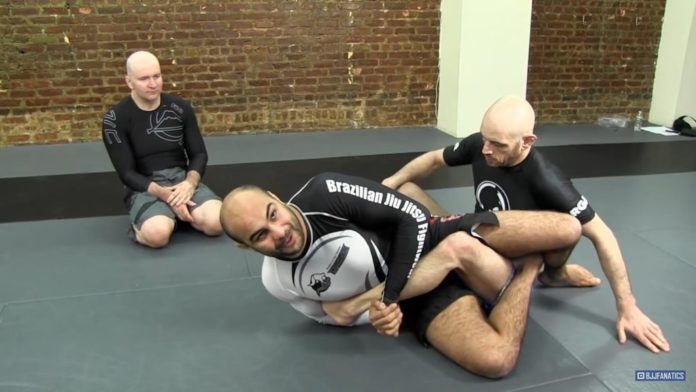 If you’re plugged into the current BJJ metagame, you probably know that No Gi, sub-only is one of the biggest competition formats. You are also probably aware that in IBJJF, heel hooks have been banned, until now.

With the leg lock game in full swing at the highest level, most promotions have been allowing all leglock submissions, including heel hooks, starting at No Gi purple belt/advanced divisions.

Even points-based No Gi tournaments allow nearly every submission once you reach the purple belt level.

However, the biggest exception thus far has been IBJJF, which has dominated for years as the largest promotion and tournament host for BJJ competitions.

Until 2021, heel hook submissions were not allowed in any IBJJF tournaments, including brown and black belt No Gi.

However, the IBJJF has confirmed that heel hooks and knee-reaps, the position required for most leg lock entanglements, will be legal in the No Gi brown and black belt divisions moving forward in 2021.

The ruleset for Gi at all levels, as well as purple and below in No Gi, are not changing, however.

What can we expect from the IBJJF heel hook change?

Given the entirely new territory allowed in IBJJF brown and black belt tournaments, we can expect to see a large number of leg lock shootouts in these divisions.

Most No Gi competitors in these divisions have likely been training and competing using heel hooks for a while now.

In fact, IBJJF is very much behind the curve with this rule set.

In fact, NAGA allows reaping and heel hooks at the intermediate level, which is essentially the blue belt No Gi division.

Overall, the biggest change will be that competitors who only did No Gi competition under old IBJJF rules will now have to dedicate themselves to training the leg lock game.

If they do not address the complexities of the ‘banned’ leg lock game, they risk being destroyed by competitors who have been fighting with leg locks for years by the time they reach brown belt level.

Why were heel hooks banned in the first place?

Heel hooks and knee reaps are largely banned due to the perceived risk of catastrophic injury.

Look, a fully completed heel hook is a sickening sight, and if you happen to be on the losing end, you are going to be disabled for some time.

However, if you understand heel hooks, know when to tap, and put the time in to train, you are not likely to be injured in a leg lock shootout.

The sensation of a heel hook is different than other common submissions, so it is important to train slowly at first to understand the sensation and know when it is too late to continue battling for an escape.

Nevertheless, thousands of BJJ practitioners safely train heel hooks every day, and from the looks of it, that is not about to change anytime soon.

Given the rarity of an IBJJF rule change, it is likely that heel hooks are now a permanent fixture of high-level, No Gi BJJ.

Once the dust settles on the rule change, it would not be surprising if the purple belt and even blue belt IBJJF No Gi divisions are eventually leg lock legal competitions.