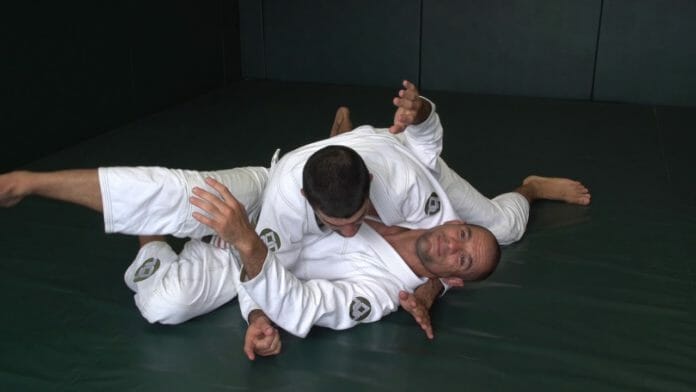 The eldest sons of Rorion Gracie continue to have a strong internet presence and some innovative ideas. The latest is a four part “video seminar” which they are releasing every few weeks. Each video focuses on an aspect of their signature self defense style of jiu jitsu.

The latest part highlights the idea of “control” and is led primarily by Ryron with his brother Rener filling in the gaps. As always, the two compliment each other nicely. Ryron’s conceptual teaching style and deliberate pace, supported by Rener’s rapid fire delivery of technical details.

What makes this video great is the way the two break out the concept of control into different types:

This is the classic pressure that comes from a tight side mount, for example. Ryron talks about closed control as a time where you maximize pressure and minimize distance. Clasping your hands together, lowering your hips, and having a wide base are all critical for this type of control.

Rener also points out that Closed Control is best used as you settle into a position, especially against opponents who are “squirmy” or flexible. Ryron goes on to caution that Close Control comes with a price: Your tightness will open you up to sweeps, particularly against larger opponents. This leads into the second type of control.

Tightness and pressure can be used against you, which is where Open Control comes in. In this mode, you control opponents by flowing with them as the attempt to escape. So if, for example, you opponent is going to shrimp out of the side mount, you will hop up to knee on belly.

A signature of this control is sacrificing grips so you can have free hands for better mobility. Rener describes Open Control as feeling “floaty” as the priority shifts from immobilizing your opponent to simply staying on top as they change positions.

But Open Control isn’t right for every opponent. Small opponents can fill tiny spaces easily. Rener stresses that if you go with Open Control against someone like this, they will exploit you.

The third category of control using threatening attacks to distract opponents. Ryron mentioned the most challenging opponents, such as his brother, will stay active and vary their escape attempts. His way to counter these people is to threaten them with things like collar chokes and moving to isolate parts of their body. The goal is not to submit per se, but to divert their attention.

Dynamic control is best saved for the toughest opponents. Attempting submissions, even ones you don’t plan to land, inevitably will create more opportunity to escape. If you are moving and attacking, but not drawing out a reaction from your opponent, back it off and refocus on basic control.

A few other important concepts that were touched on:

Control Extends To The Bottom

Ryron made it clear that you can still control from the bottom, and the same two types of control count. Closed control would obviously happen from a place like the closed guard, where you use grips and tightness to immobilize an opponent. But open guard can be equally effective as you use movement and “stickiness” to stay attached.

Rener went on a slight tangent and touched on “interlocking shoulders”. Essentially, when you cannot use tightness and grips to control an opponent, you can at least use body mechanics. Interlocking shoulders focuses on always pinning your opponents shoulders down with a combination of your head, shoulders, and underhooks.

It was refreshing to hear the underlying message of this seminar: control doesn’t have to always be tight. As a smaller practitioner myself, I am often called out for not applying enough pressure when on top. Even though I’ve found that leveraging my agility tends to get me better results.

I think that the “video seminar” concept could be improved upon. The Gracie Brothers could use a live stream and take a few questions from students during the course of the stream. One benefit of a real seminar is they are interactive. It’d be great to see them incorporate that in the future.

For some more tips on the control game, check out this article on mount control tips from the master himself Rickson Gracie. 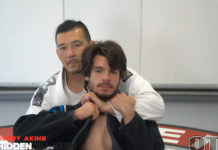