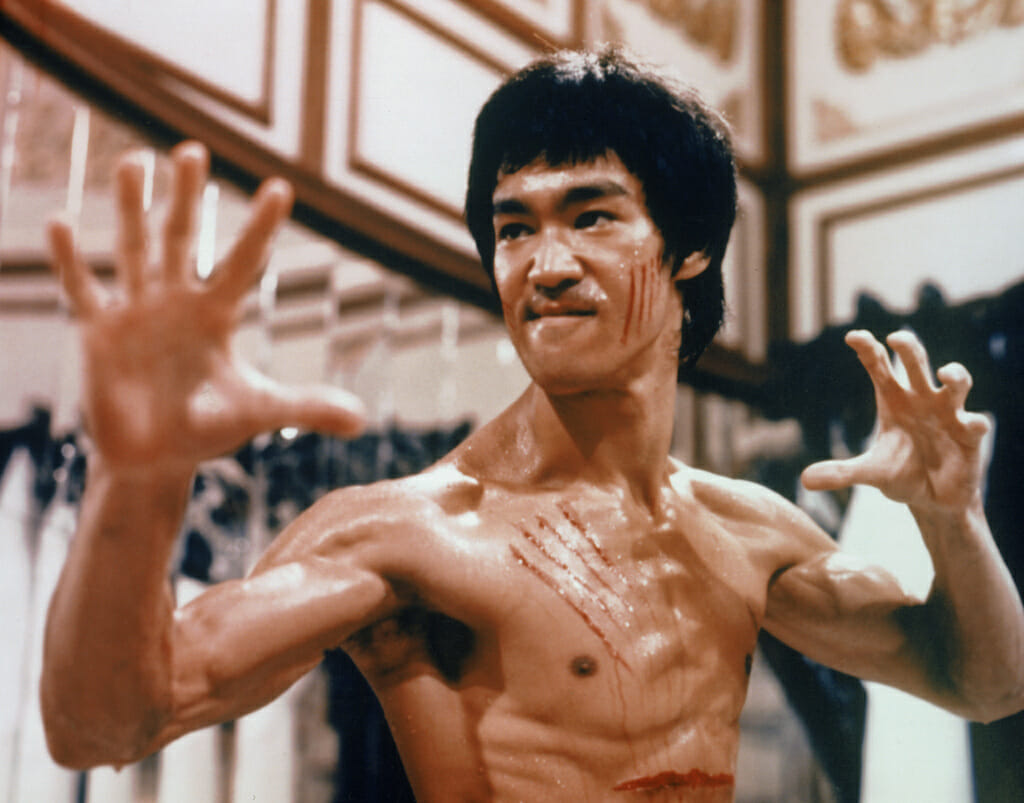 Bruce Lee is undoubtedly one of the most influential martial artists of the modern era.  Known in popular culture for his stylized acrobatic kung fu seen in “Enter the Dragon,” Many BJJ players wonder, did Bruce Lee know BJJ?

Basically, yes. Lee devoted his brief life entirely to martial arts. He is the founder of Jeet Kune Do and was a huge advocate of learning from all styles. He was well aware of basic judo, wrestling, and jiu jitsu techniques long before BJJ was even popular outside Brazil.

In his book The Tao of Jeet Kune Do, published in 1975, Lee illustrates many techniques in a modern grappling arsenal including the single and double leg takedowns, hip throws, arm locks, and traditional joint locks.

Lee was well aware of basic wrestling, judo, and jiu jitsu techniques long before BJJ was even popular outside Brazil

Bruce Lee was aware of double leg and single leg takedowns. In the following illustrations, he goes over the basic techniques.

It’s common sense that Lee would be aware of wrestling given its massive application in all limited or open-rules martial arts scenarios, however he is rarely brought up when discussing the influence of wrestling on the evolution of martial arts.

He was also familiar with judo and ju-jitsu [sic], and shows variations of judo throws such as the uchi mata and hip toss with armlock finishes.

Believe it or not, Lee gave us illustrations of leg locks, including what looks like a guard pull to leg lock entry. This was long before Brazilian jiu jitsu was even widespread in America.

Interestingly, Lee may have been open to leg locks long before many of the old school BJJ guys in Brazil and North America. Later BJJ players such as Dean Lister popularized these techniques in BJJ competition despite a negative attitude towards leg-locks back in the day.

So, was Bruce Lee a grappler?

I have a confession to make.  I picked the most flattering illustrations of Lee’s grappling knowledge.  Some of his illustrations are questionable depictions of grappling techniques.

Lee himself says that Jeet Kune Do is primarily a striking art. However, at the end of the day, I believe that Bruce Lee would likely be well versed in jiu-jitsu had he been around to see its evolution in MMA and real-world applications when applied for each context.

While many know Bruce Lee for his flashy acrobatic kung-fu moves, after studying the breakdown of his fighting style proposed in Tao of Jeet Kune Do, I believe Bruce Lee would have made an excellent jiu-jitsu practitioner and MMA grappler had he come of age in the modern era.

His illustrations make it clear that Bruce Lee did know BJJ to a greater extent than many others at the time.

Ever wondered what the best diet for BJJ is? Check out https://youjiujitsu.com/the-paleo-diet-for-jiu-jitsu/