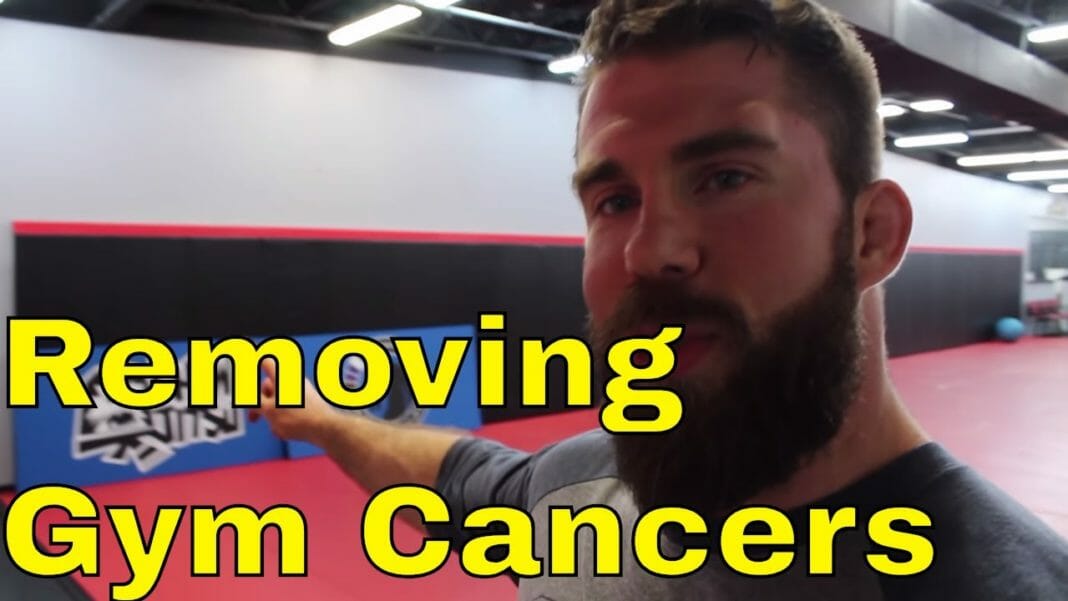 Nick “Chewie” Albin, the cooler older brother we never had, recently had a candid conversation on his YouTube channel about a little disscussed topic in BJJ culture: When it’s time for a coach to sanction an ass whooping.

You’re not better than us, we’re just being nice.

Jiu-jitsu in 2019 works hard to be the softer gentler sport than it was in the 90’s. Instructors keep a close eye on new students to make sure they’re having a “good” time, in as much as that’s possible for a new student.

Most of us want more people to learn the amazing art that is jiu-jitsu, so we try to be welcoming, and tough but not too tough on the mats.

Occasionally, this practice backfires. A confident new guy may not appreciate the fact that his training partners are holding back. New Guy may take advantage of being on the “easy difficulty” and be a little too rough on the mats.

For the first offense, New Guy may get an offhand comment from a training partner.

“Hey man, try and relax. You’re going pretty hard.” Something like that.

If New Guy keeps putting the hurt on or pulling dick moves, maybe the instructor will pull them aside and gently point out that jiu-jitsu means “gentle art” and they’re not being super gentle.

“I just want to look out for you because these students may get a little scared when you go so hard, and that’s how people get hurt.”

Chewie talks about the rare cases when you simply have to greenlight an idiot who isn’t listening. This often takes the form of grabbing one of your best students and saying, “See the new guy over there? He needs to learn that when he goes hard, other people can go harder. Can you help me out with that?”

In his video, Chewie talks about using “The Rick Rule,” named after one of his black belts. The Rick Rule is to submit the guy as fast as you can three times, then relax. It’s a smart way to send the ol’ “we can do this the easy way or the hard way” message.

It’s a controversial practice, and it should be. You need to be careful about when you sick an “enforcer” on a student. You can’t predict how other students will react, nor can you predict how the target of said enforcement will react.

In my experience, some people just love being rough. They want things to be hard, they get a high off adversity. For these people, a good ass whopping may have the reverse effect.

That’s why green-lighting is rarely advertised at schools. It’s not something done lightly or often. Chewie also points out that after giving New Guy a hard night, he takes to time to speak with them again, so they understand the message and don’t just wonder why tonight was harder than the rest.

Have you ever been asked to be the enforcer at your school? If did you ever suffer a beating to prove a point?