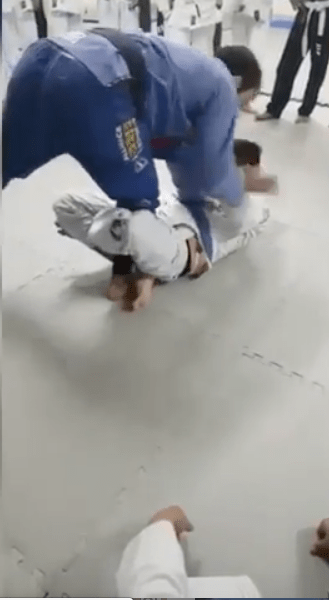 Popular Instagram feed @McDojoLife recently posted a video showing what appears to be a situation where a BJJ Black belt ignores a student’s tap.

From the video it looks the blackbelt ignores the student’s tap. It also appears that the student’s knees may have been placed in a torqued position.

The student then seems to cry out in pain. Pierro then slapped him several times.

It isn’t clear from the video whether this was done playfully or with malicious intent towards the student, although it certainly seems that the black belt ignores the student’s tap.

It’s also unclear whether or not the student was hurt.

Although many comments on the video denounced the instructor, a few people claiming to be his students defended him.

In a more official response to an article by BJJ Eastern Europe covering the video, Team Centinela owner Julio Vellejo sent a letter to @McDojoLife, which was promptly posted to the feed.

The response has been trending on r/BJJ, with a firestorm of criticism for the instructor and the owner for his seemingly vapid response.

Whether or not it was all done in jest is certainly unclear from the video. The response appears generic and reinforces many of the beliefs that lead to this kind of behavior being tolerated.

However, given that the school is located in Ecuador, without a fully thought-out response in Spanish, it would be difficult to truly analyze any reply.

We recommend watching the video and seeing what you think.