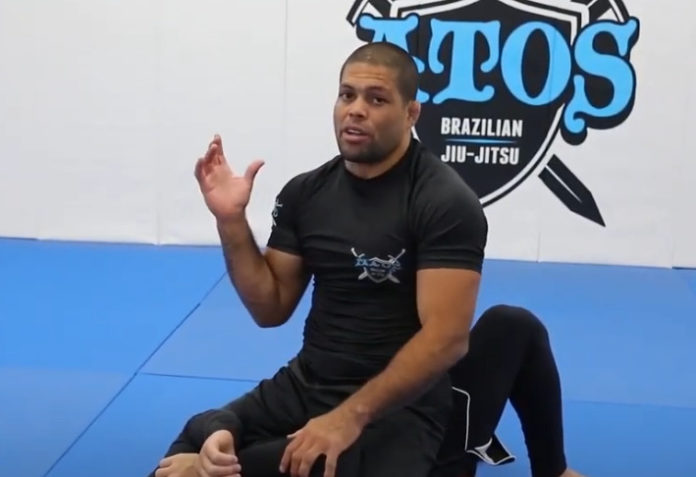 When it comes to legendary Brazilian Jiu Jitsu fighters in the modern era, André Galvão is at the top of the list. Galvão is the founder and head coach of Atos Jiu Jitsu, and coaches out of the Atos headquarters in San Diego.

Galvão is both a decorated athlete himself and coach to numerous world champions. He is currently a 4th degree blackbelt under Luis Dagmar and trained extensively with the legendary Fernando Terere Augusto. He also holds a black belt in Judo.

Galvão was born in 1982 in Sao Paulo Brazil. Having started BJJ in his teens, it was quickly apparent that Galvão was an exceptional grappler, and his first instructor, Luis Dagmar, advised him to train with Fernando Terere, who was one of the best pound-for-pound BJJ fighters at the time.

Galvão was undefeated at Purple Belt and was the first purple belt to win the IBJJF World Championship, Pan American Championship, and Brazilian Nationals – known as the ‘IBJJF Grand Slam.’

Far from ‘just a grappler,’ Galvão had a brief but successful career as a mixed martial artist, competing the Dream and Strikeforce promotions between 2008 and 2010, and retiring with solid record of 5 wins and 2 losses.

André Galvão boasts an impressive grappling record with a total of 157 wins and only 27 losses in BJJ. Victories include 73 submission wins with nearly every major submission in BJJ.

André Galvão’s MMA record is also impressive, with 1 victory by TKO knockout and 3 by armbar submission.

Galvão announced his retirement from BJJ competition in 2018, but continues to coach his team of world class athletes.

André Galvão is not only a world-class competitor. He also boasts some of the greatest BJJ athletes under his tutelage including names such as Keenan Cornelius, Mike Perez, and Luiza Monteiro.

As with any high-profile BJJ name, Galvão has had notable rivalries with big names such as Ricardo Abreu and Tarsis Humphreys during his early black belt competitive career.

Following the release of the video, Galvão issued a heartfelt statement on Instagram apologizing for his role in the altercation and saying his overall involvement in the drama was a mistake:

André Galvão is a Brazilian Jiu Jitsu legend with an impressive career as a competitor and coach. Galvão has proven himself to be a world-class BJJ fighter, a respectable MMA fighter, and a leader in the BJJ world.

André Galvão will undoubtedly be a household BJJ name for many decades to come.

Looking for more breakdowns on the Top Fighters in BJJ? Check out this article! 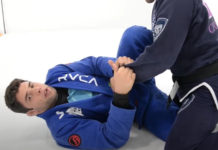