Home Jiu Jitsu Lifestyle BJJ Culture Am I Crazy Or Are Purple Belts Today as Good as Black... 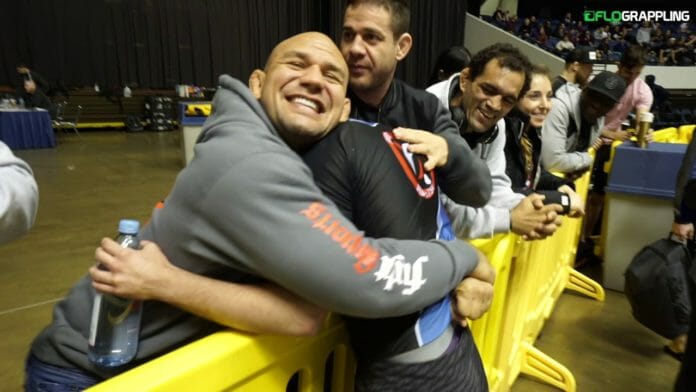 If you follow competitive jiu-jitsu, you were probably checking in on the IBJJF nogi Worlds this past weekend. This year brought 2500 competitors to Los Angeles, including the biggest names in the art.

One of these names was Robert Drysdale, an accomplished coach and fighter. In an interview with FloGrappling, he said something that caught my ear:

“I think one of the biggest mistakes people make is that they make this enormous distinction between blue belts that are competing and winning and black belts. and there is a distinction, and it’s technical. . .but it’s largely experience.”

Have you seen these guys?

If you watched any of the matches at the worlds, it’s hard to argue with him. These blue and purple belts are barely distinguishable from brown and black belts aside from their colored rash guards. They are applying the same tactics and move sets of their black belt teachers. They’re in peak physical condition. If the gap exists anywhere, it’s in experience. But some of these colored belts have been competing for years, with dozens of matches already.

But at the high levels, the skill gap shrinks. They’re training like black belts, with black belts.

It makes you wonder what would happen if someone like Vitor Perez, blue belt nogi champion this year, faced off against Royler Gracie in 1999. I’m not saying he would win, but I doubt he’d be outclassed either.

It’s not such an outrageous idea. Could the 1941 Yankees be competitive in the 2018 Major Leagues? Could they even be competitive against some of the good double A teams? Jiu-Jitsu has probably evolved more in ten years than baseball has in the past fifty. Competitors are trying new guards, submissions, and tactics every year. They’re also using modern training programs for strength and conditioning, making them as athletic as any other professional.

And so what if a great purple or blue belt is better than a “vintage” black belt? Isn’t that a good thing?

The way I see it, the fact that the level is constantly rising means that generations of teachers have done their jobs. They produced students that moved the goal line forward. That’s what we want, right? Do you want to practice a martial art where we believe no one will ever be as good as the founders?

I don’t, I think that if we are constantly looking to the past as the high water mark, we will become traditional martial arts like aikido or kung fu. No, jiu-jitsu is an art where we are firmly in the present wondering where we can push the limits next. And that’s a pretty cool thing to me.

Thinking of competing? You’ll want to check out this quick primer on the most common tournament rules.

Also, don’t think for one second that the classics will ever go out of style. You can check out Henry Akins back take module here.