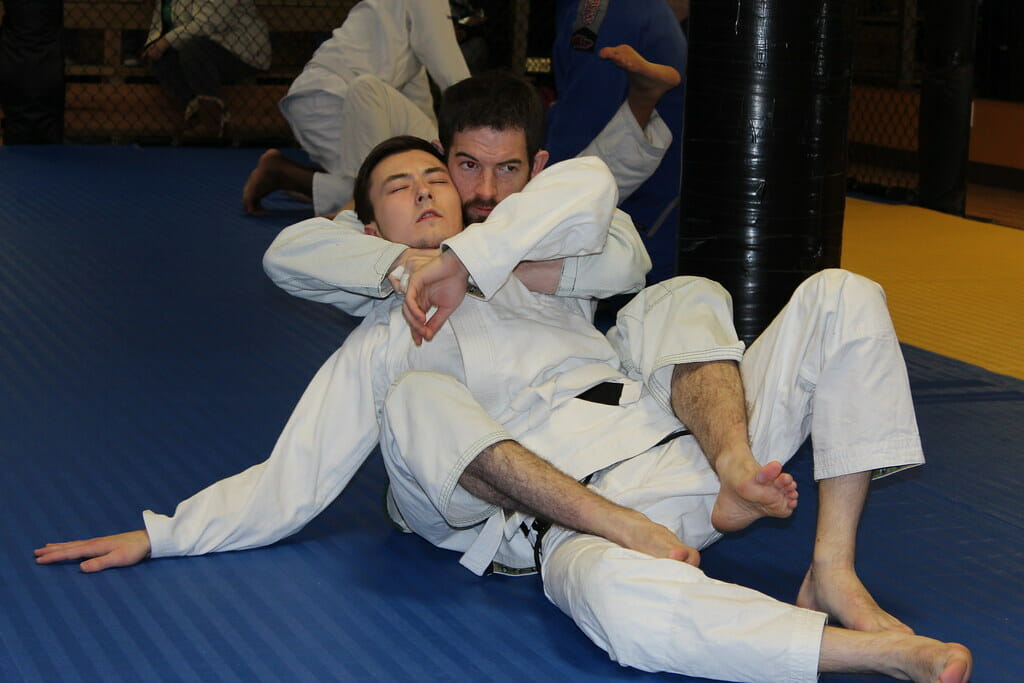 While everyone’s journey in Brazilian Jiu Jitsu is unique and different, there is no denying that a bad BJJ gym culture can completely ruin your time on the mats.  Whether you are looking for competition, self-defense, or just general exercise and fun, finding a gym with solid values and a good BJJ gym culture is crucial to getting the most out of your BJJ experience.

What is BJJ Gym Culture?

BJJ gym culture essentially refers every human interaction you have while in the dojo (and out). Everything from the way students and coaches talk to each other, the topics of mat and sideline conversation, and the expectations for students at the school are all under the umbrella of BJJ gym culture.

A bad BJJ gym culture can manifest itself in many ways, but can generally be summarized as a situation where students and teachers are not on the same page. This could also mean that coaches expect things from students that students feel are uncomfortable with, such as competition or training intensity or frequency. Bad culture can also exist between students in various forms of ostracization and bullying. Excessive intra-gym competition can degrade the learning and team dynamic, as well as result in students frequently injuring each other when sparring without direct supervision.

While it takes awhile to truly vet and understand the deeper culture in any dojo, here are a list of red flags you may encounter when initially scoping out a gym. While it is definitely possible that an otherwise solid dojo may have one of the listed problems, several of these red flags definitely suggest a gym with bad culture.

When you enter any BJJ school for the first time, there should be a staff or coach at a front desk or nearby area to greet you.  This initial interaction is a chance for you, the prospective student, to inquire about the gym and class options, and perhaps observe a class.  As far as they know, you may or may not have even heard of BJJ.

Many schools have a competitive team or group, and some places have a base of seasoned, competitive knowledge in the upper ranks.  Nevertheless, be wary if the initial pitch given by whoever greets you centers on an expose of the major accomplishments of the coach or top students.

Now, I’m not saying mentioning their competition team is always a problem.  Many BJJ players are in fact looking for a school with a more competitive focus.  However, an initial greeting should focus on the prospect and the information they need to understand the school.  The competition credentials of the school should not be forced unsolicited on you as a prospective student. Unless asked, “what has the coach/team ever won?”  this shouldn’t really be a subject of immediate discussion.

In my experience training and rolling at a large variety of dojo I have come across several that pitched their competition credentials as an opener to myself, a complete stranger.

In all cases, these schools had deeper flaws within the larger culture on the mats. Furthermore, the competition credentials they claim rarely stack up to the many accomplished quality instructors out there.  Competition credentials speak for themselves and shouldn’t need to be brought up when welcoming a stranger.

Of course, if you are looking for an accomplished competitive coach or team, you’ve likely already done your Google research on the school’s competition credentials.  If you are new to the art, then a list of tournaments and medals will be somewhat meaningless to you.

In line with out-the-gate bragging about competitive achievements, coaches and gym staff that immediately badmouth other schools or instructors should be dealt with cautiously.  A quality dojo should stand out without having to denigrate nearby schools. If there are legitimate issues with other schools or instructors, you will likely become aware of them as you grow deeper into the BJJ community.  Gossip can be useful, but it is a serious red flag if badmouthing is part of the sales pitch.

Schools who have minimum purchase contracts of longer than 3 months should be carefully assessed before getting involved.  Forcing new students into long commitments before they know if they really like jiu jitsu is a poor business practice and may discourage people from trying jiu jitsu.  Furthermore, a good school should have no problem retaining its students on a month-to-month 30-day cancellation policy.

Although it seems that ‘belt factory’ dojo are less of an issue in Brazilian Jiu Jitsu than some other arts, there are always exceptions.  Any BJJ coach would acknowledge that promotions are at the discretion of an instructor or affiliation. Nevertheless, there is still a legitimate range of abilities between people with regard to when they are promoted.  Sometimes, however, this range can seem… stretched.

One school I had trained at for a few months as a white belt offered to promote me for $90.  Interestingly, it never seemed like their blue belts were quite on par with a few of the other places I had rolled at.  It clicked immediately at the time, and I declined to be promoted by them and soon stopped training there.

Expensive or easily earned promotions harm students when they travel and interact with students from other schools who may be held to a stricter standard.  Furthermore, the willingness to sacrifice any sense of purity in the belt system in exchange for short term financial gain suggests deeply questionable underlying morals.  Steer clear!

There is a large spectrum of customer service within any industry such as martial arts.  Generally, dojo that want a large, diverse following of positive people on their mats have an attitude that they are happy to have you, as a prospective student, on their mats.

On the other hand, schools with a bad BJJ gym culture often convey the attitude that you should be grateful they give you the opportunity to train with them.  If this is the case, you are likely to have a less positive experience training BJJ. Of course a student should be grateful for their coaches knowledge. But the coach and team should also value the membership and training presence of each and every student.

As mentioned before, it is possible for a dojo to have a red flag or two and still be a good training option.  Nevertheless, there are just too many good gyms to get caught up training in a bad BJJ gym culture. If you observe these red flags when scoping out your training spot, it may be worth training elsewhere. There are a number of sacrifices that must be made to pursue BJJ, and the payoff should include a great BJJ culture on and off the mats.

This Rickson Gracie Blackbelt Helps You Dominate The Back With Hidden...